What is a brownfield site and why do they need to be restored? 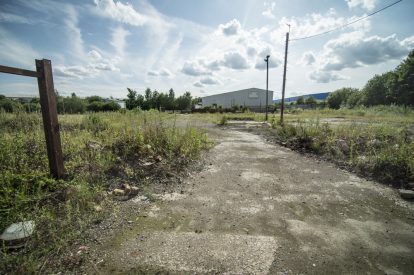 A brownfield is a site or piece of land that has been previously developed. The site could be either derelict, contaminated, or partially occupied. They are also referred to as industrial land because many current brownfields are legacy sites. Many of these sites were developed during the industrial revolution which dates back to the 18th & 19th centuries in the UK.

Why do brownfields need to be restored?

As the UK population continues to rise, with a project population of 75 million by 2035, it has been reported that by 2021 the UK will have developed a housing shortfall of £185bn, the equivalent of 886,000 houses. This puts pressure on increasing the development of land, and yet the UK still has over 28,000 documented hectares of brownfield sites that have been left unused.

As pressure increases to develop this land for housing and other structures, the greenbelt has been subject to increasing levels of development. This can have consequences on the UK environment with the removal of Greenfields, Woodlands, and Habitats. A sustainable alternative would be the remediation of the abundant number of Brownfields which would also clean up these sites of pollutants or contaminants, although this can come at an extra cost.

Brownfields are often located in towns or cities meaning infrastructure systems are already in place, reducing the overall development costs. This reduction in costs could be used to offset the remediation of Brownfield construction.

Developed these sites can also help to create jobs and potentially attract investment in the areas located close.

Examples of brownfield restoration in the UK

There have been several examples of higher-profile restoration schemes on Brownfield land in the UK:

A 350-hectare area of East London was transformed into a state-of-the-art sporting facility for the London 2012 Olympics. the regeneration included a range of contamination sources and over two thousand land interests. In total, 2.2 million square metres of soils were excavated, with 760 thousand square metres being treated by soil washing, chemical stabilisation, bioremediation, or sorting. 80% of the excavated soils were reused as engineering fill on site. The site became the largest new urban park in Europe, with 100 hectares of open land and 45 hectares of new habitats.

Land at the City of Manchester Stadium

The stadium was constructed as part of the 2002 Commonwealth games on the existing Bradford Colliery which dated back o the early 17th century. The restoration of the site allowed for the development of the now Etihad Stadium and the surrounding area known as the Etihad Campus.

How is a brownfield site restored?

The UK Government has provided a simple four-stage restoration process that returns these sites back to a reusable state and allows for future developments:

Extensive desk research to understand the history of the site and its geographical/geological content.

Borehole drilling, sample collections, and laboratory testing. A thorough risk assessment to identify all sources of contamination, the receptors (i.e. human health, water resources, ecosystems) That may be damaged and the pathways between them, evaluating whether linkages constitute a significant risk, and setting appropriate targets.

An options appraisal to select the best technology, balancing the costs and benefits of clean-up and the sustainability of the options. This informs the implementation plan, which sets out how the objectives will be met.

Monitoring to assess whether all the objectives have been achieved, with the relevant evidence duly presented.’

Office for National Statistics, Overview of the UK Population: January 2021,

Previous ALL News Next

...It Shouldn't Cost The Earth